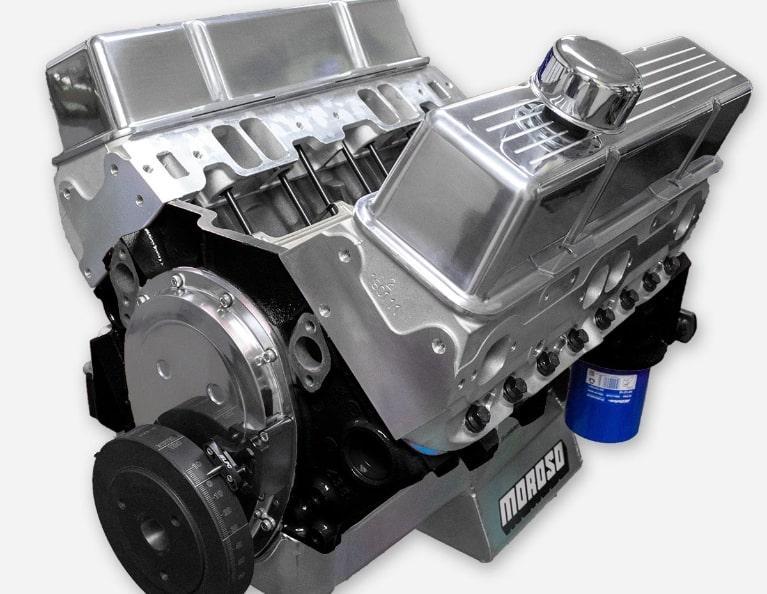 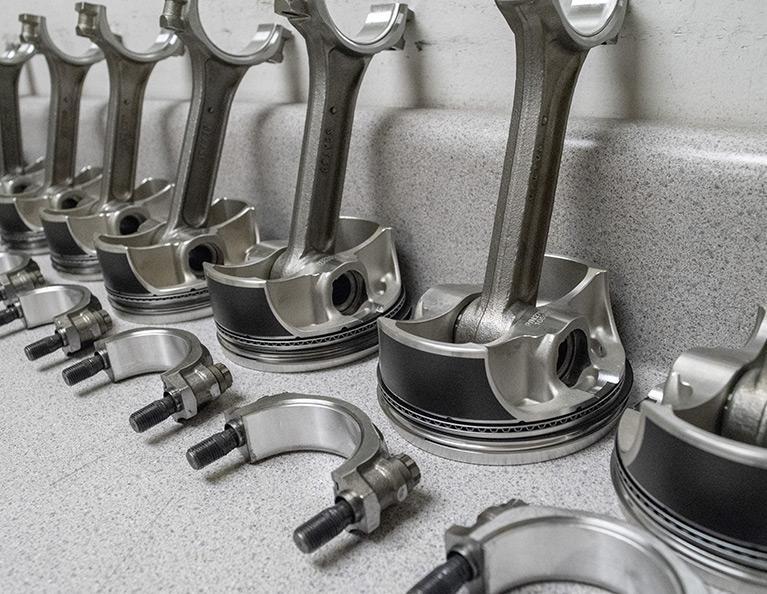 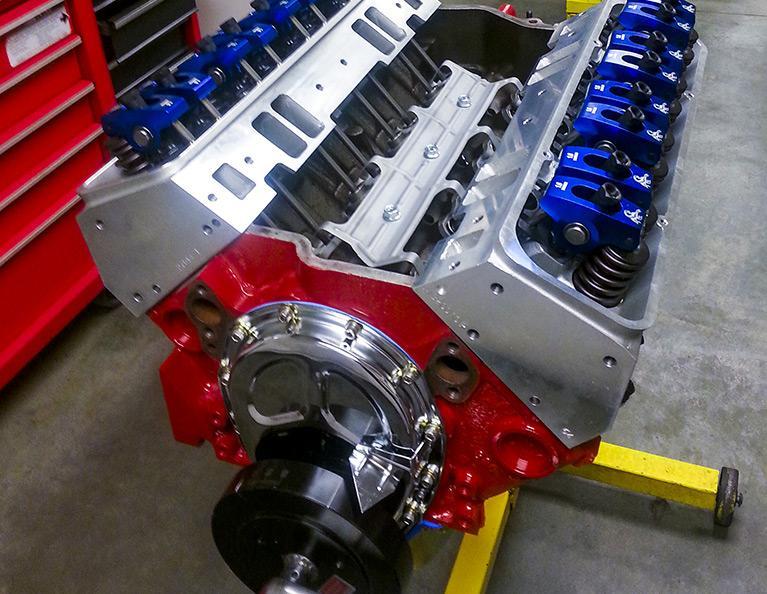 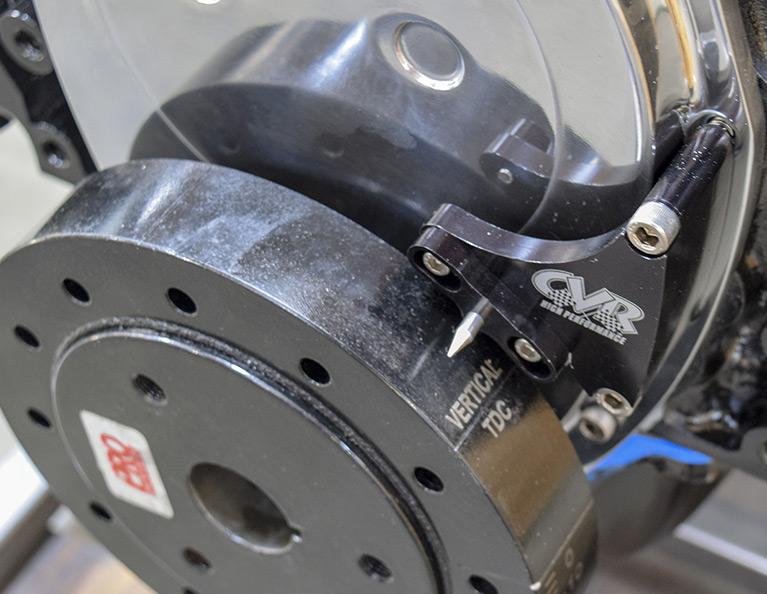 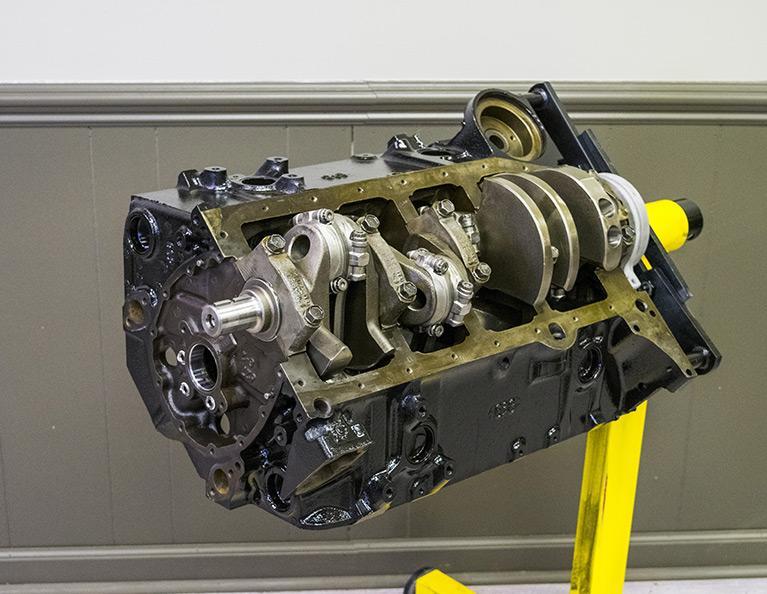 The 470 HP version of our 383 Chevy Small Block Stroker is a step further in the direction of performance engines. It features a torque curve that is moved slightly higher in the RPM range resulting in a rougher idle and less low range torque than the 420 HP version. If you like to turn the wick up a bit on your street car, this may be the crate engine for you!

Dyno testing not included in long block price. Here at Prestige Motorsports, our “Dyno Promise” means that we dyno test every engine we build to verify the quality of our work, the integrity of each component, and the reliability of every engine we construct. Then, we deliver the dyno results for your project directly to you, the customer. Hours for dyno testing will be calculated with the purchase of the fuel and ignition group per engine order. 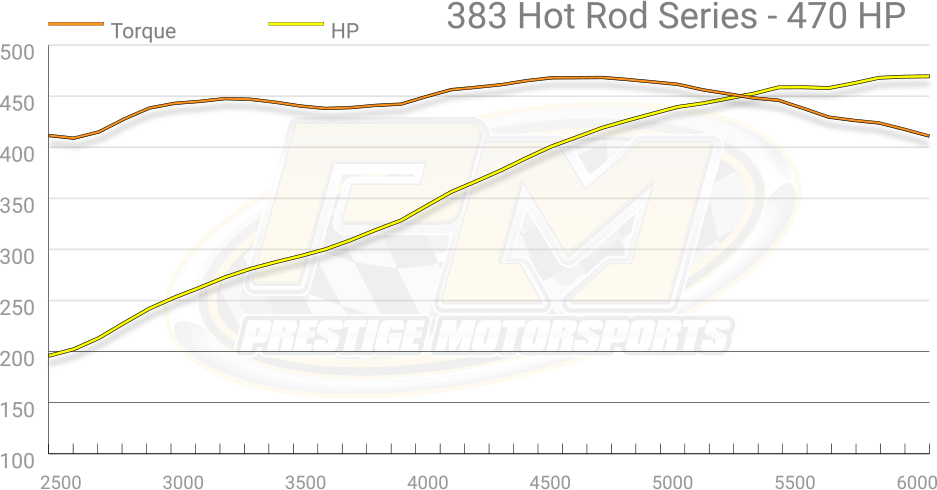 This Prestige Motorsports engine is built to order and comes with a 3-year, unlimited miles warranty. Our warranty covers the base engine from intake manifold to oil pan.

Ready to upgrade your project? Add a kit from each area below to convert your base engine into a turn-key package. Kits come installed and dyno tested with your engine. Please note that not all of the options listed below are available for every engine. Contact us for more details.

Don’t waste time and frustration on that old carburetor. Fuel your engine with a dyno tested system for proven performance.

You'll need a top-notch ignition system for trouble-free performance. Let us customize one for you with everything needed to keep the spark alive.