The best products in the airboat industry don’t come along by accident. Countless hours of testing and development are put in behind the scenes to ensure the utmost of quality, reliability and performance. Prestige Motorsports in Concord, NC spends more time than the average engine company on their engine dyno perfecting their airboat engines. They continue to test new setups and configurations year-round to offer the best possible product to their airboat clients.

When they receive direct feedback from their clients, they use that as an opportunity to improve their product. In this case, a client was experiencing fluctuating oil pressures when running at speed. Prestige immediately went to work to find the root of the concern and provide a solution.

The engine is a 582 cubic-inch big-block Chevy marine engine from Prestige. A 582 is based on the popular 454 platform. It uses an aftermarket block with 4.600-inch bores and 4.375-inch stroker crankshaft. Prestige installs an all-forged rotating assembly, hydraulic roller camshaft, aluminum heads, full-roller rocker arms, and an aluminum intake manifold. All their marine engines come standard with a full-sump marine oil pan in place. 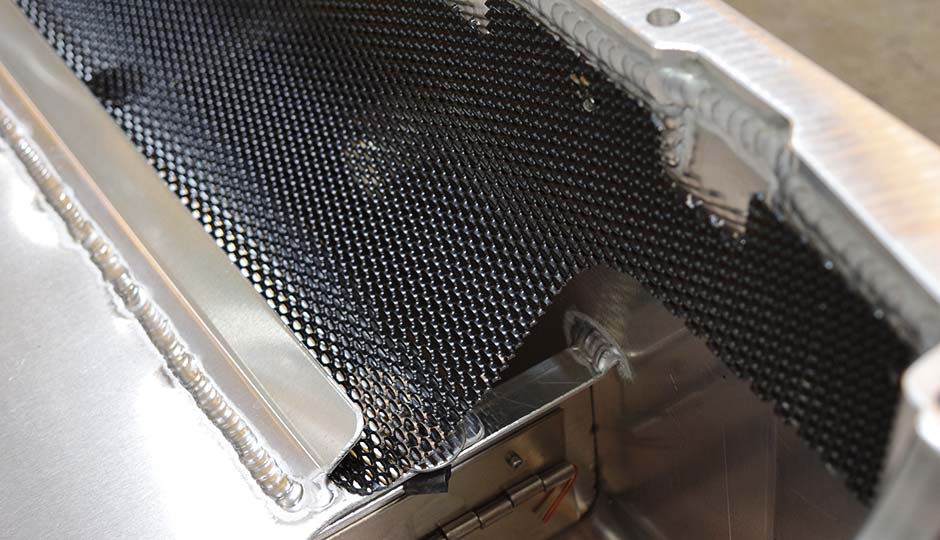 The inside of this oil pan has a windage tray to reduce turbulence inside the oil pan, oil scrapers to catch oil and return it to the bottom of the pan, and trap doors to keep oil near the oil pump pick-up tube.

Prestige developed the 650-horsepower marine version to accommodate the airboat market specifically. Their lead engine builder focused on low-end torque and mid-range power, as well as reliability under extended periods of heavy load. One area that is crucial to engine survival is oil temperature. Heavy loads cause oil temperatures to rise quickly. A full-sump marine pan offers extra capacity which helps keep oil temperatures under control.

Once feedback was received from their client that the oil pressure was fluctuating at speed, Prestige immediately took a closer look at the internal design of the oil pan and its ability to combat oil supply concerns associated with windage. Their intuition was that windage, along with the environmental forces an airboat faces, was the culprit.

Windage is defined as power loss caused by the friction of the oil in the engine coming into non-lubrication contact with the moving parts inside the engine. The oil splashes against the counterweights of the crankshaft as it spins. However, in this case, windage was creating enough turbulence inside the pan that the oil could not return to the oil pump pick up quick enough, starving the pump.

After changing oil pans with updated windage trays and oil scrapers and adding drain-back lines to the rear of the engine escaped success, Prestige’s owner, Doug Aitken, traveled to the client’s location to experience the issue first hand. Aitken’s experience on-site proved to be valuable.

Aitken took the oil pan off another engine at the client’s facility that had not previously experienced the fluctuating oil pressure. This pan was a standard drag racing pan with a side kick-out to combat windage. Windage, as mentioned earlier, is mostly associated with racing engines because oil hitting the crankshaft causes power loss. The kick-out provides an area for the oil to move away from the rotating crankshaft instead of getting continually tossed about. The simple drag race design eliminated the oil pressure fluctuation. However, the drag pan would not supply enough capacity to keep oil temperatures at bay for extended periods of time. 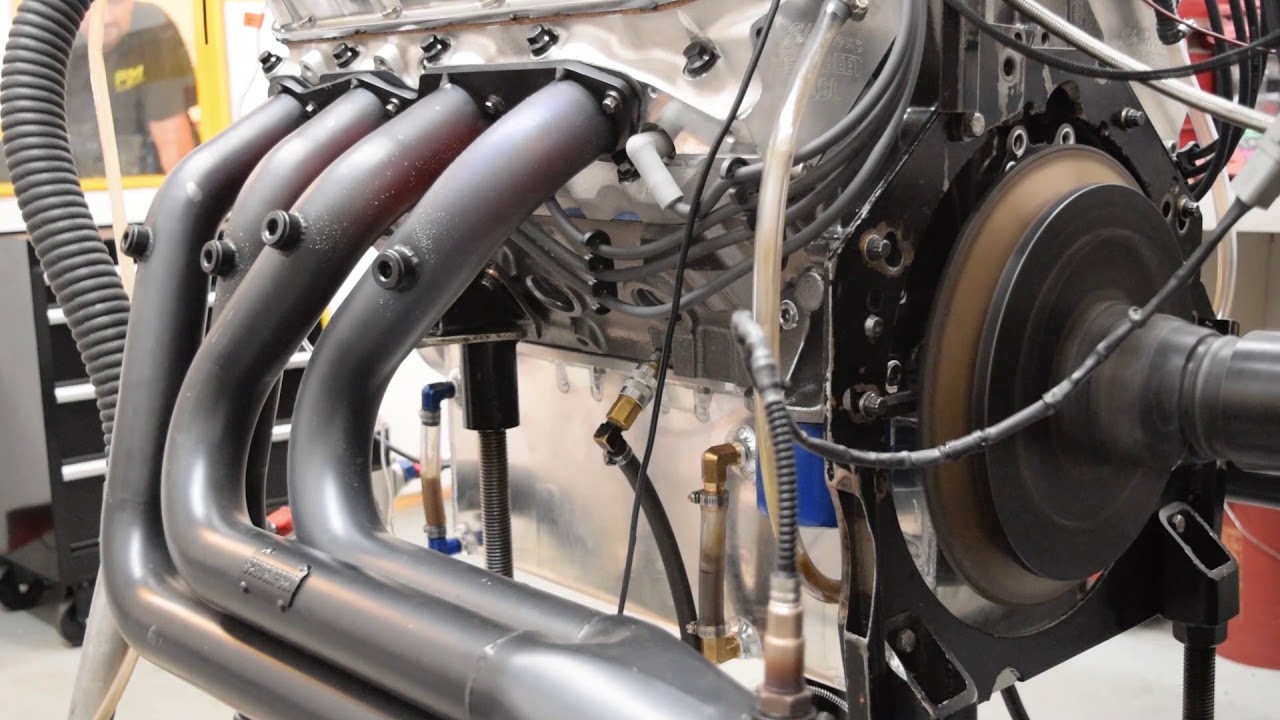 Sight tubes were installed into the full-sump pan to observe oil level and behavior. You can see the amount of turbulence inside the pan in this video.

Meanwhile, back at the Prestige Motorsports facility, the team installed sight tubes into the front and rear of the full-sump oil pan to get an inside look at the oil level and its behavior during full load operation. The amount of turbulence and level fluctuation that was observed was astounding. Prestige now knew for sure that they needed the capacity of a marine pan with the added kick-out of a drag racing pan.

Unfortunately, there wasn’t a pan on the market that had both the increased capacity as well as a kick-out design. Prestige collaborated with STEF’S Fabrication Specialties to add a custom kickout to their standard full-sump marine pan. The new custom pan was sent into the swamps of Louisiana for testing and it emerged a success. The custom-built pan is now available on all of Prestige’s big-block Chevy airboat engines.

Although there wasn’t an earth-shattering, better than the sliced-bread discovery that came out of this scenario, the point is that the product was improved. A concern was diagnosed, and a solution was developed. Prestige Motorsports understands the need to continually develop and goes above and beyond to do that for the consumer at large.