Is your car suddenly running rough or stalling out in warm temperatures? Does it need to sit for hours before it’ll start after you shut it off? These issues are common, and they’re often blamed on carburetors. At Prestige Motorsports, we see these symptoms all the time, and the cause is always the same. In our video on vapor lock, Eric LaBore explains how the fuel itself can cause problems and how Prestige Motorsports addresses the root causes of vapor lock. 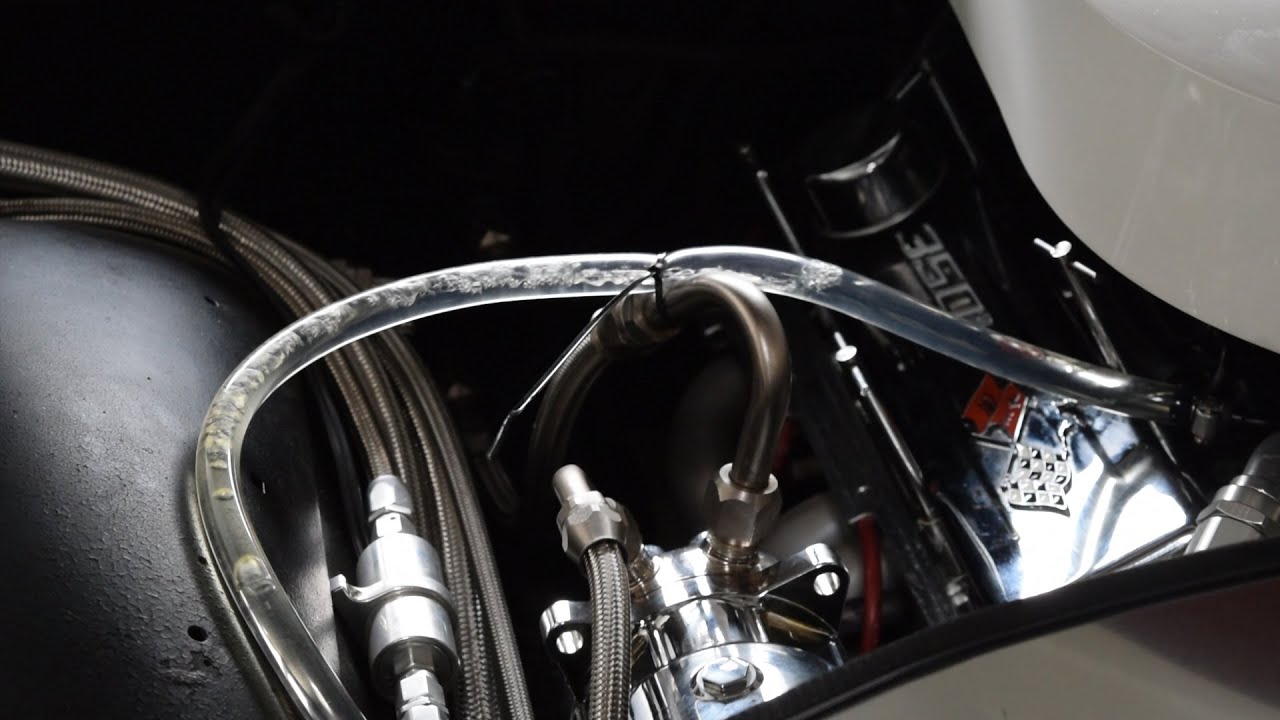 What is Vapor Lock?

There’s a reason why old-school car guys might not make the leap to vapor lock. It’s a uniquely modern problem. Vapor lock happens when your fuel boils in your carburetor or your fuel line. Vaporized fuel creates back pressure in your fuel system and prevents gas from getting to your engine. It commonly occurs when a car has been idling or has been turned off and then back on. This problem has really ramped up in the last few decades because modern fuel is designed for fuel-injected engines and electric fuel pumps. Its boiling point is much lower than fuel blends of the past, and it’s more volatile.

In a case where vapor lock is suspected, definitive diagnosis is key. In this example, the team is working on a 1960 Chevy Impala street cruiser with a 350-HP engine belonging to a North Carolina customer. It’s got a mechanical fuel pump and a 4-barrel carburetor and runs fine. Once it’s been shut off, however, it won’t restart. After sitting for an hour or two, it will start again and run with no apparent problems. To confirm a vapor lock problem, we installed a clear hose from the fuel pump to the carburetor inlet. This allowed us to see the hose filling with fuel, with no air bubbles present. Once the engine compartment heats up, though, the fuel starts to boil and air bubbles form. In our test, with an ambient temperature of 70 degrees Fahrenheit, the temp of the line reaches just 120 degrees. Unfortunately, modern fuel blends can boil at temps as low as 100 degrees.

As you can imagine, under-hood temps get much higher on the street than they did in our test. So, what’s a vehicle enthusiast with a carbureted engine to do? There are several ways to solve vapor lock problems, including installing an electric fuel pump or adding a plastic carb spacer. At Prestige Motorsports, our favorite method is to install an Aeromotive in-tank fuel pump and return system. We’ve designed our turnkey fuel supply system around this approach for two reasons. First, it’s a return system in which excess fuel is returned back to the fuel tank to cool down. A returnless system, by contrast, will keep fuel in the line and allow it to soak up excess heat. The second reason is that this package will prepare you perfectly to convert to fuel injection in the future. Once the kit is in place, all you have to do is change out the pressure regulator spring, and you’re good to go. This video shows you the full package installation process, step by step, including using the universal templates to achieve a seamless fit.

The return system from Aeromotive has cured all the fuel vapor issues we’ve run into at Prestige, but we realize it’s not the answer for everyone. There are a few other things you can do to minimize vapor lock. If you want to stick with a mechanical pump, stay away from steel lines, which offer no insulation from heat. Use black nylon braided fuel hose, and be sure to route it away from all heat sources. You can also install an inline electric pump to pressurize the fuel up to the inlet side of the mechanical pump. Keep in mind that this will do nothing for the low-pressure side of the pump, and if you don’t return excess fuel back to the tank, it will still soak up heat before reaching the carburetor. Finally, find a gas station near you that provides ethanol-free blends. Ethanol blends, with their lower boiling point, are some of the major culprits causing vapor lock problems.